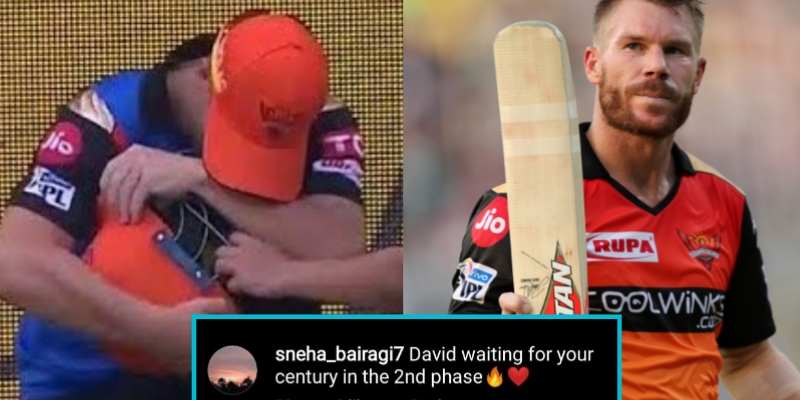 David Warner was sacked as the captain of Sunrisers Hyderabad in the first phase of IPL 2021. He was also not part of the XI after the decision was made public. This happened after the franchise lost a few games and Warner’s form was not up to the mark.

The Aussie is an SRH legend

When he was sacked as captain of SRH, fans of the franchise got disappointed with the decision. Apart from winning one trophy as a skipper, Warner also won the Orange Cap thrice while acting as SRH’s captain. Hence, many felt that SRH’s decision to drop Warner was harsh.

Even the opener became emotional because of the decision. His reaction at the boundary in that game when he was not part of the XI was difficult for his fans to witness. The UAE-leg of IPL 2021 will start on September 19. We now have to wait to see if Warner will get to be part of the playing XI.

The Aussie is someone who interacts often with his fans on social media. He uses the comment section of his Instagram to connect regularly with his well-wishers. In one of the recent posts, a fan of his wished him and said that she was hoping that he would strike a century in the second phase of IPL 2021.

David Warner replied, “Yep me too if I’m selected in the team”, and this sparked many reactions from his fans again. Warner himself not being sure of his presence in the playing XI is a big disappointment for his fans. Having achieved the most for SRH so far, to see him in such a situation, that too just after a few bad games, is surprising. That said, in IPL 2020, Warner did decently well in UAE, and SRH might as well include him in the XI on that basis. SRH will play its first game of the UAE leg on September 22nd against Delhi.