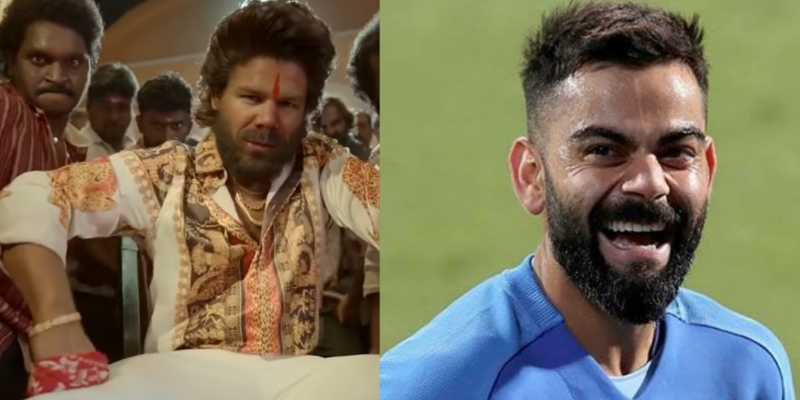 David Warner is one of the funniest guys off the field. He does not waste time pulling the leg of his colleagues or making jokes himself on social media. In this article, we take a look at the online interaction in which Warner has a hilarious reply to Virat Kohli‘s comment on his Insta post.

Warner has a hilarious reply to Virat Kohli’s comment

David Warner has this habit of posting short clips from movies with his face instead of the actors. This time, he had himself playing Pushpa, the titular role in Telugu actor Allu Arjun’s upcoming film Pushpa. The film is becoming famous for its raw nature, and it was hilarious to see Warner instead of Arjun. Here is a look at the video:

#DavidWarner killing it as #Pushpa 😂😂😂😂

Virat Kohli, who is active on social media today due to his marriage anniversary, had a look at Warner’s post and could not stop laughing. He asked Warner, “Mate are you ok?”. To this, Warner had a hilarious reply. Here is a look at it:

Crucial next few months for Virat and Warner

Despite being strong competitors, it is nice to witness Virat and Warner exchange a few laughs off the field. On the other hand, the next few months will be crucial for the duo. While Warner has managed to come out of the rut of bad form, he now needs to prove it with consistency. Virat must look to being back to his best with the bat, especially after he lost his ODI captaincy. He will next take part in the South Africa Tour. Virat will captain the Test Team in the three games, which will be part of the ongoing World Test Championship cycle.