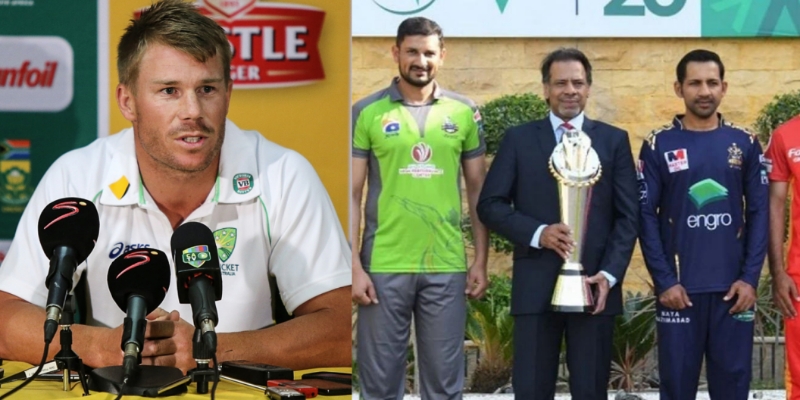 Australian cricket team’s opening batsman David Warner is the most recognised batsman around the world of cricket for his great batting abilities. Warner plays in various T20 cricket league around the world, but was not part of the Pakistan Super League (PSL) 2022 this year.

David Warner gained a huge reputation as world’s one of the best batsman of the current generation. Warner plays a pivotal role for Australia, and was main hero behind their Kangaroo side’s first ever T20 World Cup win last year, in 2021.

David Warner is currently part of the Australian touring team for Pakistan, who have returned to Pakistan after a gap of 24 years for a historic Test series as part of the World Test Championship 2021-2023.

The first match of the series was a very dull one with nothing exciting happening after a flat pitch was used for the match. It was all about the batsman on that match and in the end, it all ended in a draw. The 2nd match is to be played from the 12th March in Karachi.

Before the 2nd match in Karachi, David Warner attended the pre-match press conference, where he addressed the media. He was also asked about why he didn’t took part in the Pakistan Super League (PSL) 2022.

Replying to which, David Warner stated that it is difficult for him to come and play in the Pakistan Super League because as during the tournament, he plays International cricket for Australia, which is a major reason behind number of top players not able to play in the PSL. He said, “Unfortunately, when the PSL is on, I am actually playing international cricket so it’s very difficult for me to come and play in that.”

Warner is among the top run scorer in the Indian Premier League (IPL) history and has guided the Sunrisers Hyderabad to their first ever IPL glory in the year 2016. He was released before the IPL 2022 Mega Auction and has now been picked up by the Delhi Capitals to play in the IPL 2022.

“Pitches aren’t bad, it’s the mindset of the management” – Salman Butt criticizes the PCB’s lack of faith in their batters
“We’re not scared, we dominated” – Babar Azam defends Pakistan team after the draw in the first Test against Australia
To Top