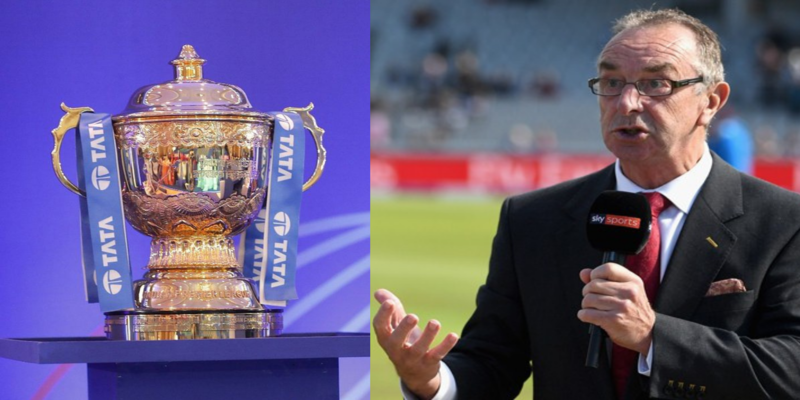 The 15th edition of the Indian Premier League will have two new franchises, Gujarat Titans and Lucknow Super Giants. Both teams will start their campaigns in the upcoming season. And two more teams will bring more players and more matches to the cash-rich league. As a result, IPL 2022 will feature a total of 74 games and it will be a 65-day long tournament. Former England coach David Lloyd has said that the IPL is affecting the traditional international programs.

The two-month long schedule of the IPL is clashing with some of the other series around the world. As a result, players are choosing the marquee league over their national duties. South Africa will be hosting Bangladesh for two Tests and their regular test players will not be available. On the other hand, the Kiwis will be without their first-choice 12 players in a white-ball home series against Afghanistan. All these players will feature in the cash-rich league during these schedules.

The 75-year-old pointed out these fixtures in his column for the Daily Mail. Lloyd has mentioned that the players are choosing the IPL over their national duties, which is not good for international cricket. The former cricketer coached England from 1996 to 1999. He further wrote, “Make no mistake, the IPL is disrupting the traditional international programme.”

“Test cricket will suffer because of the IPL” – Michael Atherton

It is not the first time that any ex-cricketers have criticised the cash-rich league. Former England skipper Michael Atherton also wrote in his column in the Times that Test cricket will suffer because of the IPL. Last November, Atherton mentioned that the demands of international and franchise cricket in a calendar year can’t be met at once. And it will affect red-ball cricket as well.

Pointing out the IPL, he said that India will need a separate window to schedule the IPL and that cricketers will also follow that because of the money it can offer. Atherton concluded, “the least profitable aspects of the game will suffer – notably Test cricket among countries with small television markets.”

“We are hoping he will join us soon” – CSK CEO Kasi Vishwanathan gives update on Moeen Ali’s visa issue ahead of IPL 2022
“He has informed the franchise” – Taskin Ahmed to not receive NOC from BCB; player won’t join Lucknow Super Giants for IPL 2022
To Top