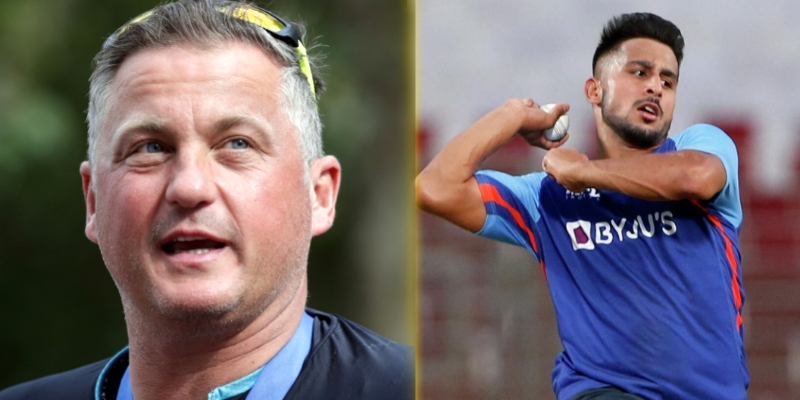 The Indian team currently boasts of number of quality and great pace bowlers. There are many bowlers including the likes of Jasprit Bumrah, Mohammed Shami, Bhuvneshwar Kumar, Shardul Thakur, Arshdeep Singh, Mohammad Siraj, Prasidh Krishna, Umran Malik and Avesh Khan. In such a situation, the dilemma before the team will be which bowlers to choose in the squad.

However, Gough admired and respected that Jasprit Bumrah is Team India’s all format player and should be part of the World Cup squad no matter what.

However, he went out of the box and added that young pace bowler Umran Malik should also be picked in the squad for Australia. He also included Mohammed Siraj in as part of his line-up.

Gough said that he was amazed seeing Mohammed Siraj’s bowling in Australia in the Test series last year and does should be a part of the World Cup squad. He said the main reason behind picking Umran Malik is because one should always want to use the extra advantage that the pace bowlers get in Australia.

In the end, he said that even India has the likes of experienced Mohammed Shami and Prasidh Krishna to choose from, but he instead chose Jasprit Bumrah, Bhuvneshwar Kumar, Mohammed Siraj and Umran Malik as India’s pace bowling unit.

2 Indian IPL youngsters who will play in the new Queensland T20 League
Sam Northeast slams 400 runs in a single County inning; joins the great Brian Lara in a major list
To Top