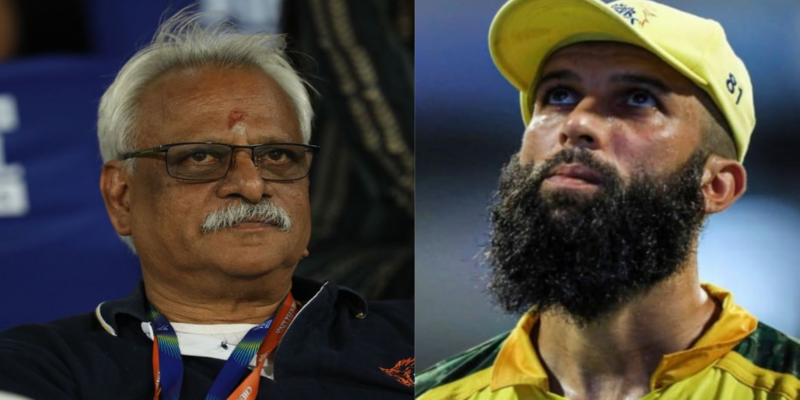 The Indian cricket carnival will start in a few days’ time. All the teams are sweating hard at their pre-season camps to get into the playing mode. The defending champions, Chennai Super Kings will enter the season looking to win another title. The first match of the season will see two of last year’s finalists, CSK and KKR, facing off. But the biggest concern for the four-time champs is the arrival of star all-rounder Moeen Ali.

The 65-day-long tournament will kick off on March 26 and the finals will be played on May 29. And before the start of the cash-rich league, CSK would like to see Moeen join the camp. The English all-rounder is facing some issues due to his visa clearance, which is getting delayed.

Moeen Ali is yet to get the Visa

CSK’s CEO, Kasi Vishwanathan, also said in an interaction with Cricbuzz on this matter. He has expressed that all-rounder Moeen Ali applied for a visa last month on February 28. But he is yet to get the E-visa and the confirmation. However, Vishwanathan also said that the BCCI is also in the process of helping the all-rounder get his visa as soon as possible.

Moeen was an integral part of the CSK in their title win last season. He made his impact both with the bat and the ball. That’s the reason the franchise retained him ahead of the auction. He helped his team with his all-round performance. The all-rounder appeared in 15 matches and scored 357 runs, including some match-winning cameos, while also taking 6 wickets.

Chennai Super Kings are placed in Group B along with RCB, SRH, PBKS, and GT. The team will play their first match against KKR at Wankhede stadium. IPL 2022 will have a total of 74 league games and all those matches will be played at four venues in Mumbai and Pune.