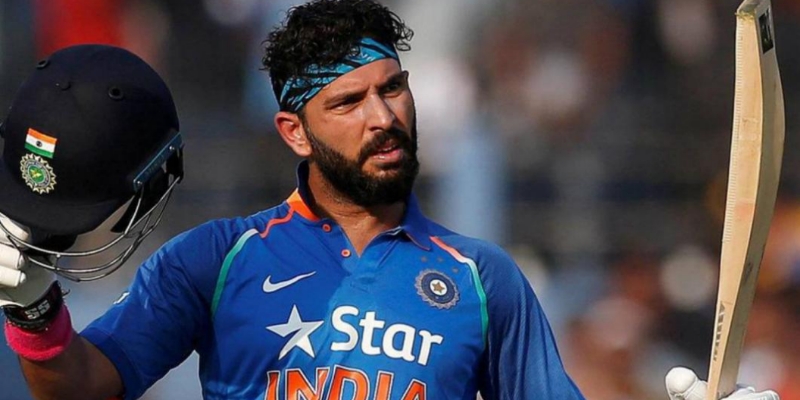 Indian cricket team’s one of the best all-rounder ever, Yuvraj Singh celebrates his 40th birthday on this day, on the 12th of December, and the cricket fraternity took to social media to wish the cricketer on his special day.

On the 12th of December in 1982, Yuvraj Singh, India’s one of the premier all-rounder was born. And on the same day in 2021, Yuvraj celebrates his 40th birthday as he turns 40 today.

The left-hand batsman and left-arm slow orthodox bowler has represented the Indian cricket team in all of the formats of the game and has scored over 10 thousand runs and 130 plus wickets in across formats.

Yuvraj has produced some of the top in the Indian cricket team’s history, whether it is hitting 6 Sixes against England’s Stuart Broad during the 2007 T20 World Cup, or the heroic performance in the 2011 Cricket World Cup, which India to their 2nd World Cup in history after 28 years.

Yuvraj Singh made his India debut during the ICC Knockout Trophy match against Kenya, the host nation of the tournament, however, he didn’t get the opportunity to bat and gave away 16 runs from his 4 overs.

In the next match against Australia, the left-hand batsman scored 84 runs of 80 balls. He made his Test cricket debut in the year 2003 against New Zealand, while in 2007, he stepped foot in T20I cricket.

Yuvraj Singh officially retired from International cricket in the 2019, announcing his retirement in an emotional press conference.

The cricket fraternity took to the social media today to congratulate and wish the all-rounder on his special day.

Happy birthday Yuvi! Have spent some of my most memorable moments with you on and off the field. Look forward to many such moments…. Wish you a great day and year ahead soooperstar!! 🌟@YUVSTRONG12 pic.twitter.com/SFMR2vkuBn

Birthday isn’t the only thing common to Rajni Sir and my dear friend Yuvraj Singh. They make us believe in miracles, they bring smiles to the faces of millions. Bhai ko pyaar, sir ko salute.@rajinikanth @YUVSTRONG12 pic.twitter.com/FwFbC02hL5

You make everything look easy Prince be it on the field or of it! May god bless u with a long & healthy life @YUVSTRONG12 pic.twitter.com/g7j7RO3Bsu

A very Happy birthday to one of my favourites, Yuvi Paaji! You are an inspiration and I wish you all the health and happiness. 🙌 @YUVSTRONG12 pic.twitter.com/IpdYzzA2mQ

Wishing you a very happy birthday @YUVSTRONG12 bhaitaji. Many memories on and off the field from our playing days. Your never-give-up attitude will always inspire youngsters and upcoming generations. #HappyBirthdayYuvrajSingh pic.twitter.com/miQFy4fqUF