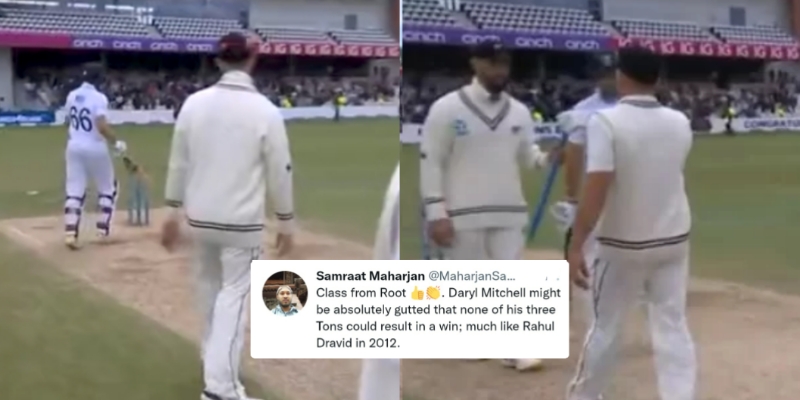 England defeated New Zealand 3-0 to open the new era under Ben Stokes and Brendon McCullum with some spectacular performances after going more than a year without winning a Test series. This wasn’t just any normal series victory; Stokes and company made a bold statement to the world by chasing down 275+ totals in each of the three games.

In the third Test at Headingley, England lost both of its openers rather quickly despite needing 296 runs to win. To stage their side’s return into the game, Trent Bridge’s hero Ollie Pope and Joe Root put together a 134-run stand. The hosts were now in control of the game, and even though England lost Ollie Pope early on day 5 Johnny Bairstow was unstoppable.

With 113 runs scored in 15 overs on the last day, Bairstow and Root led England to a 7-wicket victory with relative ease. Bairstow scored a fifty in 30 balls, and Root maintained his outstanding form.  After the victory, Root and Bairstow greeted the Kiwi players before Root quickly ran over to the stumps, uprooted one, and gave it to Daryl Mitchell to recognize his contribution to the series.

This kind of an act from a world class player like Joe Root was sensational. Daryl Mitchell played some fantastic innings throughout the series. Many of them doubted his selection by calling him as a limited overs player, but he answered them all with his bat in this series.

Absolute class act as ever. You’d never know he’s just given up the captaincy, still wants the very best for the team. Brilliant player, better person.

You can’t hate this guy❤️