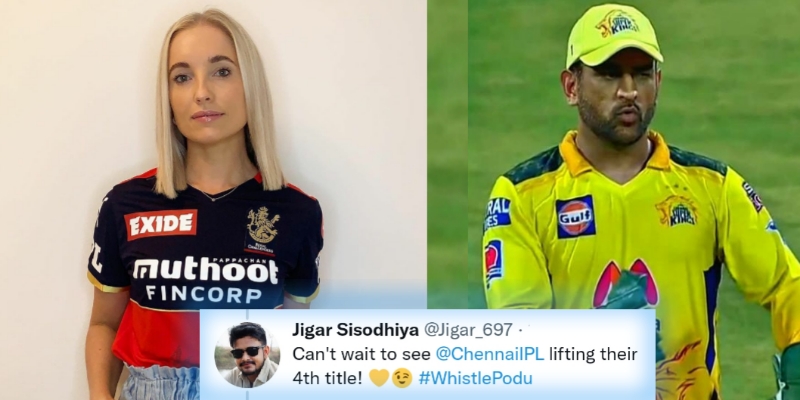 IPL 2021’s second phase will begin on September 19 in the United Arab Emirates. Chloe-Amanda Bailey, who is a big fan of Royal Challengers Bangalore, believes the Bangalore-based franchise can lift the trophy finally this year. Many IPL fans would know that RCB is one of the three teams to have played all seasons of the Indian Premier League, but they have never won the championship.

The rivalry between the Chennai Super Kings and the Royal Challengers Bangalore has many big fans. Fans always patiently wait for the big battle between Mahendra Singh Dhoni and Virat Kohli, two of Team India’s finest captains. Chloe-Amanda Bailey received a reply to her tweet from a Chennai Super Kings fan. The CSK fan believed his team would lift their fourth IPL trophy this year.

Soon, he received a reply from Chloe-Amanda Bailey. She predicted that the Chennai Super Kings would reach the final. However, they would lose to the Royal Challengers Bangalore in the summit clash.

“See you in the final I reckon. But RCB wins,” Bailey replied.

See you in the final I reckon. But RCB wins 😃♥️