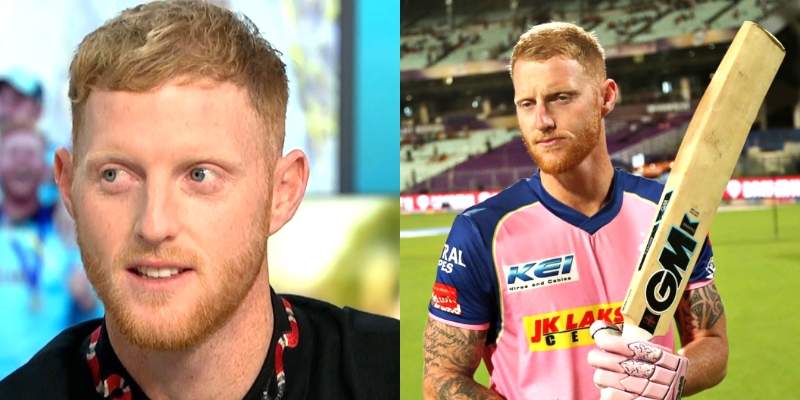 England cricket team’s star all-rounder Ben Stokes has not enter his name for the IPL 2022 Mega Auction taking place this week. Ben Stokes in one of the most recognised player in the IPL history.

And in such a situation, there was a question in the mind of all the fans of the IPL and Ben Stokes, that why did the all-rounder opted against enlisting his name fo the Mega Auction. But now Ben Stokes himself has revealed this secret and has given the reason behind it.

As it must be known by almost everyone now, in the recently concluded Ashes 2021-22 season, England cricket team suffered a humiliating 4-0 defeat at the hands of Australia.

With that result, no one was happy with the England team’s performance in the series and the England players also faced a lot of criticism. And the heat of that was felt in India as well, as the cricket experts and former England cricketers blamed the IPL as a reason behind the team’s poor performance.

Ben Stokes was also part of the team for the series, but the well established all-rounder failed to impress with the red ball in the series.

His performance both with the bat and ball was disappointing, due to which he revealed that now he wants to give priority to Test cricket and wants to rebuild the team with captain Joe Root.

Ben Stokes wrote in a Daily Mirror column that the Ashes series was a disappointing campaign and wants to learn from it and start building the team once giving, citing an example of the England ODI team, stating that the ODI team also took time to win the World Cup.

He further added that he wants to follow the similar path for the England Test team as well and gave it hard of whether to take part in the IPL or not, and at the end decided to skip the IPL this year, mentioned that it wouldn’t have been fair on the IPL team that would have had picked him, as if he isn’t fully focused for the team.

Ben Stokes reveals why he didn't sign up to be a part of the IPL.#England #IPL #TestCricket pic.twitter.com/CqYvZQ8gdb

He further wrote that he want to give more of his time and energy to Test cricket. He added that playing County Championship matches this year will benefit him and he should be well prepared for the challenge of New Zealand and South Africa to later this year.