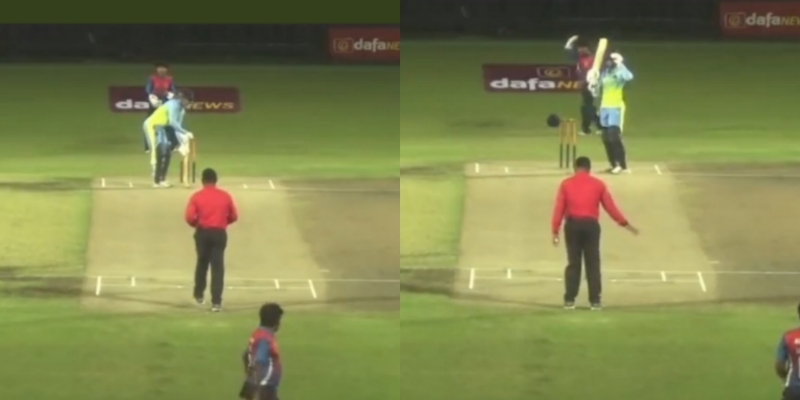 People often say that cricket is a game of uncertainties and every day such incidents happen on the cricket field which also proves that anything is possible in the game that we all love, at any time, any moment.

We witnessed the same kind of uncertainty during a local match on Sunday. On Sunday, the March 20th, in the MCA T20 Club Invitation 2022 tournament, KL Stars and Royal Warriors faced off each other in a match and during the match, a batsman surprised the fielding team with his batting style action. Warriors elected to bat after winning the toss and their decision proved to be wrong as opener Syed Aziz was dismissed early.

Then came wicketkeeper-batsman Harinder Singh Sekhon, who at first took the guard as a left-handed batsman, but when KL Stars bowler Santosh changed his field setting according to the batsman batting position, Sekhon changed his guard to a right-hander.

Seeing all this, Santosh again pointed to his fielders and both the fielders had to change their positions again. The fielding team was also surprised and it made the internet laugh.

Never seen anything like this before in all my years of cricket 🤣🤣
Just wait for it..🤣 pic.twitter.com/HOO82voD5y

Watch: Pakistan skipper Babar Azam takes a one-handed blinder to dismiss Usman Khawaja at slip in the 3rd Test vs Australia
Watch: Australia captain Pat Cummins sends back Fawad Alam with a peach of a delivery
To Top