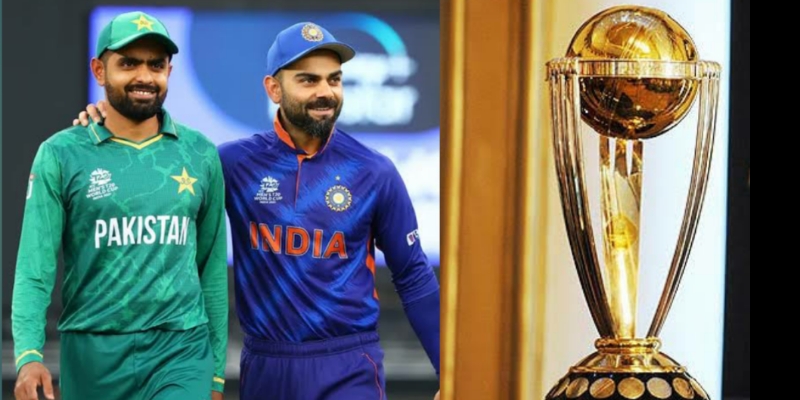 All international teams usually start a project keeping the ICC trophies in mind. The 50-over World Cup is one trophy that every team wants to win. It is hard to construct a squad that will perform well consistently. Now, an ex-Pakistan player has made an outrageous claim regarding forming a squad that can win the World Cup. In this article, we take a look as former Pakistan cricketer Rashid Latif names his recipe for a World Cup-winning squad.

Rashid names his combination for a World Cup-winning squad

While on a YouTube show, Rashid Latif said, “Give me Babar Azam, Virat Kohli and nine pieces of wood and I will win you the World Cup.”

While Babar Azam and Virat Kohli are indeed two of the best cricketers of this generation, it seems Rashid Latif might have made the comment in a generic sense. This is because cricket is a team sport and as witnessed on several occasions, the individual brilliance of cricketers might not be sufficient to win a tournament. This is has been proven many times in the past not just in cricket but in any team sport.

Babar has been in terrific form in recent months

Meanwhile, Babar Azam is arguably at the peak of his career. While he made the most runs at last year’s T20 World Cup, he recently did well against Australia, too. The Pakistan skipper scored back-to-back hundreds to help his team seal the ODI series.

On the other hand, Virat Kohli has been struggling for close to two years now. The runs have dried up in Tests while in the shorter formats, Virat is maintaining his average. India needs a strong comeback by Virat to do well in the upcoming tournaments.