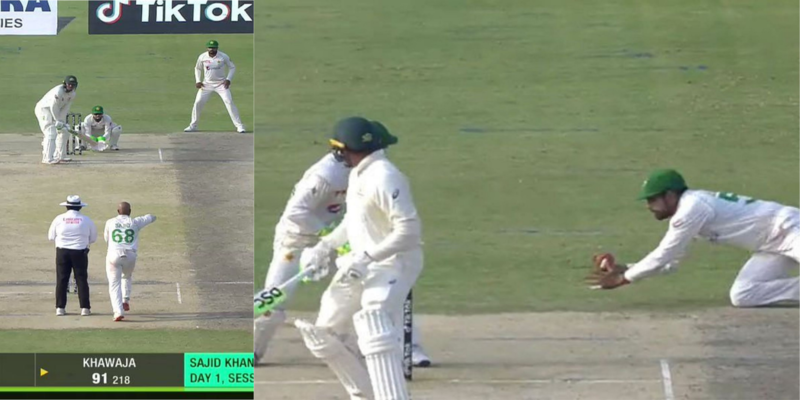 The third Test match between Australia and Pakistan for the Benaud-Qadir Trophy is underway. And at the end of Day 1, the visitors are at 232/5 at stumps. After winning the toss, Australian skipper Pat Cummins decided to bat first on the pitch, which looked pretty flat. However, it didn’t go as per the plan for the Aussies at the start. The visitors lost the first two wickets in the third over of the innings. Shaheen Afridi dismissed both David Warner and Marnus Labuschagne in the space of three balls.

Warner scored 7 off 13 and No. 1 ranked Test batter, Labuschagne was dismissed for the second ball duck. And this was the second time in the series that the right-hander was dismissed for a duck in his four innings. It looked like Pakistan pacers would run through the Australian batting. But the in-form opener, Usman Khawaja, and Steven Smith, held the innings together. Both batters started very cautiously, but once they were settled down, they started playing their shots.

Both batters added a vital 138 runs for the third wicket and helped their team get out of the sink-hole. In doing so, both batsmen also scored their half-centuries. Smith scored 59 off 169 balls before getting trapped LBW by Naseem Shah. Usman Khawaja looked good for his century but fell short by just 9 runs. He was dismissed for a score of 91 off the bowling of spinner Sajid Khan. But it was the superb catch by Babar Azam that must have got the credit for the wicket.

It was the 75th over of the innings when Sajid was bowling with an old ball. On the very first ball, Khawaja tried to flick the ball to the leg side. But the ball turned slightly to take the end of the bat. The Pakistani skipper was waiting at the slip, but the ball was too low for a catch. But eventually, Babar took the catch diving towards his right side.

Even the commentators were surprised to see the catch and praised Babar. Mike Haysman, who was doing the commentary, also admitted that the Pakistani skipper had taken the blinder catch, which was actually a superb effort fbyBabar.