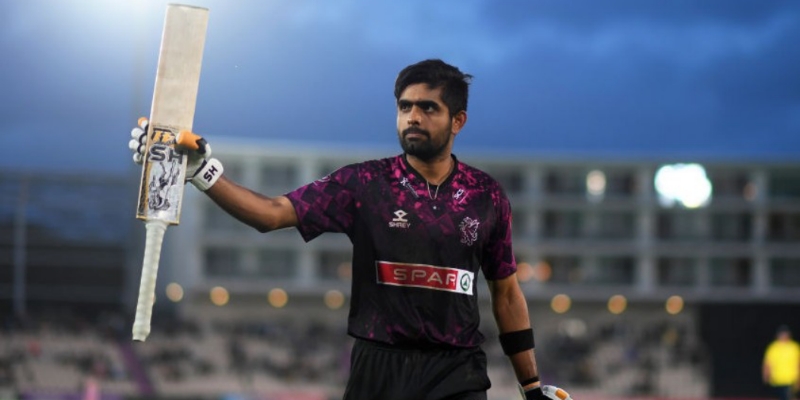 England’s unique competition, the 100 ball competition, The Hundred is set for its 2nd season, to be played this year in 2022. And before the competition, as usual, a player draft is set to take place for teams to draft in the players they want.

The Hundred is a very unique format of cricket, a 100 ball each inning tournament, founded by the England and Wales Cricket Board (ECB) was officially last year, which was the competition’s inaugural edition.

And after the success of the competition, the ECB is set to host its 2nd season this year, which is likely to be played in the months of July or August.

But before that, there is a players draft that is set to take place before the competition, on the 5th of April. But the final draft list will only be revealed till the 6th April. Pakistan skipper Babar Azam will also be a part of the tournament and has been placed as one of highest price players in the draft.

Babar Azam has a set price of 125,000 GBP in the highest category, whereas, Muhammad Amir, Shadab Khan, Naseem Shah, Mohammad Hafeez, Shoaib Malik are some other Pakistani players who are part of the draft. There are more Pakistani players, but all can’t be mentioned.

Some other overseas players who have been placed at the highest category are Sunil Narine, Chris Gayle, Mitchell Marsh, David Warner etc.

The first and the inaugural season of The Hundred was played 2021 and it is the Southern Brave who won the competition, winning the final match against Birmingham Phoenix.