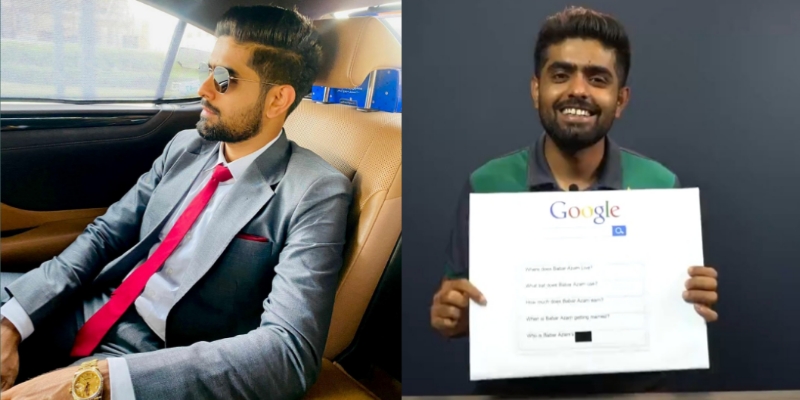 Babar Azam was phenomenal as a leader and as a batter. He was the highest run-scorer among all teams, and according to some former cricketers, Azam should have won the Player of the Series award instead of Australia’s David Warner. Azam also became the first Pakistan cricket team captain to record a win against Team India in ICC World Cup matches.

After the ICC T20 World Cup 2021, the Pakistan cricket team has now landed in Bangladesh, and they are playing a 3-match T20I series against the Bangladesh cricket team. The Men in Green have secured the series by winning the first two T20I matches. They will be keen to complete a clean sweep and then take the momentum into the ICC World Test Championship series that will happen after the three T20Is.

Babar Azam responds to top Google searches about him

The Pakistan Cricket Board recently posted a video on their social media account, where captain Babar Azam answered some of the most asked questions about him on Google search engine. One of the questions was about his earnings. While the Pakistan cricket team captain did not reveal his exact earnings, he said: “But it’s less than you think.”

There was also a question about AB de Villiers, who recently announced retirement. “He was one of the best players of his time [and] proved himself in every field,” Azam replied.