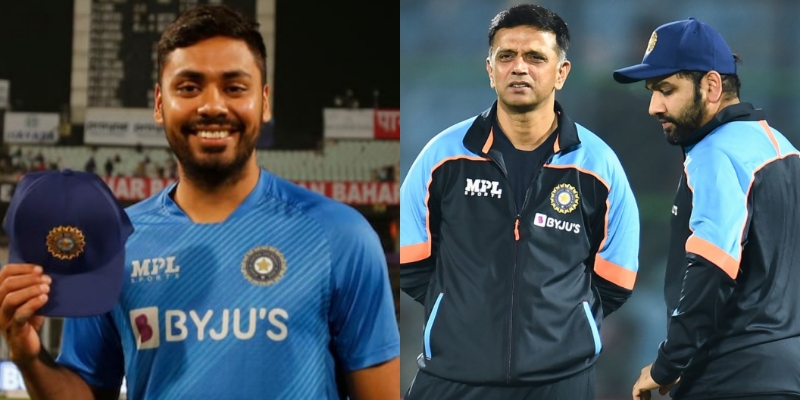 Former Delhi Capitals and now a Lucknow Super Giants pacer Avesh Khan had a forgettable T20I debut in the 3rd match of the T20I series against West Indies.

Meaning that Indian cricket team had a perfect opportunity test out the players who didn’t got an opportunity to play in the first two matches of the series, and one such player was Avesh Khan, who was waiting for his international debut before the 3rd T20I.

And as expected, he was handed debut by the Indian cricket team in place of experienced pacer Bhuvneshwar Kumar. However, it was an forgettable match for the Madhya Pradesh pacer, who gave away 42 runs in 4 overs.

However, the player has revealed that he was very nervous going into the match and that has caused him to be the most expensive Indian bowler on that night.

While speaking to Venkatesh Iyer in video published in BCCI’s official website, Avesh Khan talked us through that very moment. He said that when he got to know that he will play in the match and will make his debut, he felt nervous, which was bound to happen, just like any other player.

He also mentioned that Rohit Sharma and Rahul Dravid backed and told him to enjoy his debut game. He said, “Rohit bhai backed me, Rahul sir told me to enjoy my debut game. This day is not going to come again and I just enjoyed.”

He further added that his dream has fullfilled, and now he plans to serve the country in the game of cricket for long. Avesh Khan has also been included into the Indian cricket team for the upcoming T20I series against Sri Lanka, and will feature for Lucknow Super Giants in the IPL.