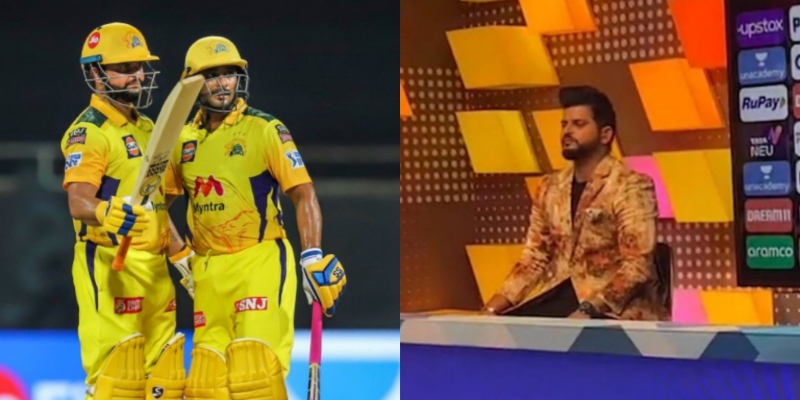 Match number 8 of the Indian Premier League (IPL) 2022 is being played between Kolkata Knight Riders (KKR) and Punjab Kings (PBKS).

Meanwhile during the match, known as Mr. IPL, Suresh Raina was doing a live commentary on his Instagram account. During that session, out of nowhere popped up Ambati Rayudu, sending an emotional message for his former teammate.

Ambati Rayudu popped into Suresh Raina’s Instagram live and shared an emotional message which reads, “miss you my man.”

It is known to almost everyone that Suresh Raina, who is one of the most run scorer in the history of the IPL, remained unsold in the IPL 2022 Mega Auction held in February 2022 in Bengaluru.

Suresh Raina was a member of the Chennai Super Kings (CSK) franchise till IPL 2021, but did not feature for the 2nd phase of IPL 2021 due to personal problems. He was also not retained by the franchise before the Mega Auction, and neither had any thoughts about him in the auction.

After going unsold the mega auction, Suresh Raina was poached by the Star Sports, the official broadcasters of the IPL as a commentator for the tournament.