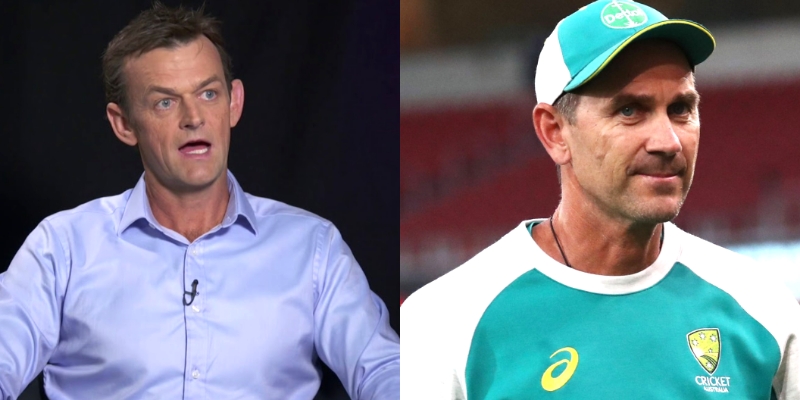 After a long controversy, Justin Langer has at the end has resigned from the position of head coach of the Australian cricket team.

According to reports, Justin Langer wanted to continue coaching the team, but Cricket Australia (CA) kept away from extending his tenure by saying that some senior players were not in favor of it.

Now former Australia wicket-keeper batsman Adam Gilchrist has stood in Langer’s support. Gilchrist said that Langer is being tarnished and he is being projected as a ‘monster’, although he is not at all.

In the year 2018, Justin Langer took over as the head coach of the team after the ball tampering scandal. But when CA refused to give him a second term, he resigned from his post on Saturday.

Gilchrist said on ‘SEN Radio’ that he doesn’t no longer want to hear the corporate speak about transition and analysis of the coaching position.

He said further added that there is an attempt to hide something by saying that some of the players and support staff of the team no longer wants Justin Langer to be associated with the team.

He added that Justin is being painted as a demon and Justin Langer is not that. Gilchrist, who played alongside Langer, said the former Test opener is someone who accepts his shortcomings.

Adam Gilchrist (@gilly381): "He's been painted by some as a monster. That is not Justin Langer. He'll admit he has his frailties, but he'll look you in the eye and work it out with you.

"What sort of effect would that have on you personally, and your family?"

Under Langer’s guidance, Australia won their maiden T20 World Cup title last year, and after, that the team dominated the Ashes as well, registering a 4-0 win.

Langer wanted to continue with the role of head coach but for the past few months, senior players had been complaining about his coaching style.

This 51-year-old former cricketer wanted a new long contract that the board wanted to give him only till the end of the 2022 T20 World Cup to be held in Australia, however, he wanted a long term deal.

“What is your weakness ?” – Ravi Kumar receives hilarious reply from Virat Kohli after asking him his weakness
Pat Cummins to lead in historic return to Pakistan as Australia announce 18 member squad for Pakistan Test series
To Top