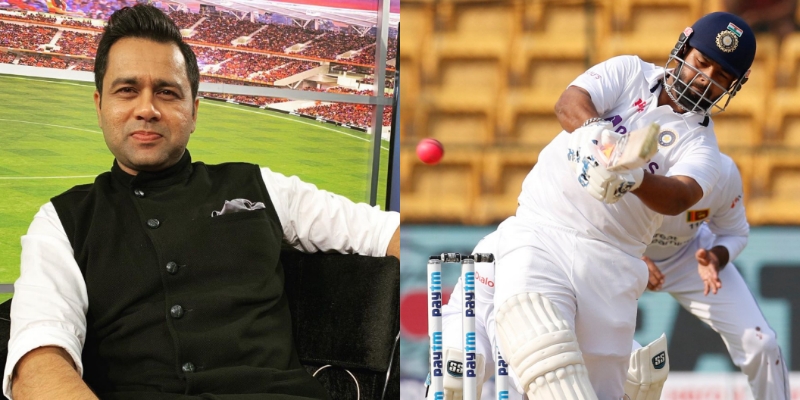 Former Indian cricketer Aakash Chopra has termed Rishabh Pant as the next superstar of Test cricket. He highlighted Rishabh Pant’s explosive style, which required the longest format of the game.

Pant scored 50 runs in just 31 balls in the second innings of the Day/Night Test match against Sri Lanka in Bengaluru. He broke Kapil Dev’s 40-year-old record by scoring a half-century in just 28 balls. Kapil Dev had scored a fifty in just 30 balls.

Aakash Chopra, while talking on his YouTube channel, praised Pant and said that Rishabh Pant is player of the day from the Day 2’s action. Chopra further added that Pant is the next superstar of Test cricket and is the best advertisement of Test cricket and one who brings together enthusiasm, dedication and entertainment.

“I feel he is the next superstar of Test cricket. Rishabh Pant is the best choice ambassador for Test cricket, who brings excitement, expectation, and entertainment to the longest format,” said Aakash Chopra.

Cricketer-turned-commentator Chopra pointed out that Pant was not the only player to break Kapil Dev‘s record. In the previous match, Ravichandran Ashwin became India’s second highest Test wicket-taker in Test cricket.

He surpassed Kapil Dev’s record of 434 wickets. As for Pant, he hit seven fours and two sixes during his inning and got out while trying play big shot against Praveen Jayawickrama.

Aakash Chopra pointed out that Pant is able to play even when the fielders are standing nearby the boundary line, which shows his confidence in himself. The 44-year-old also said that Pant has the ability to play big shots, which excites Test cricket.

As for the series, Sri Lanka desperately needs the win in the match to somehow get some points for the World Test Championship 2021-2023 Points Table and also to draw the series. As for India, they will be hoping for a win and seal the 2-0, however, the draw will also do for India, which is very unlikely at the moment.