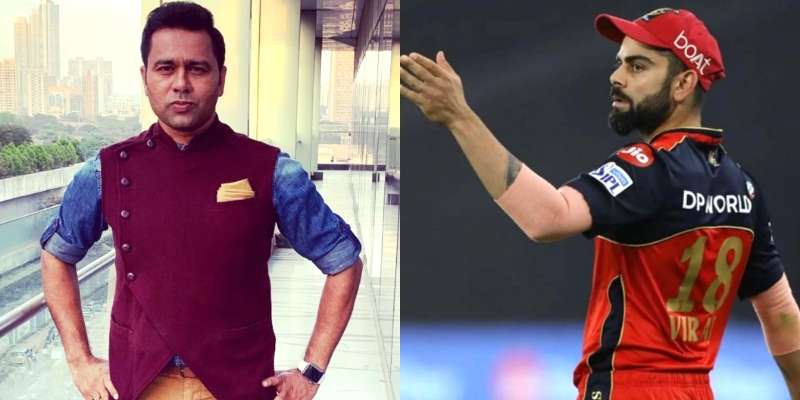 Indian Premier League (IPL)‘s 2022 edition is set to be one of the biggest with huge number of changes expected for almost all the franchises with the IPL 2022 Mega Auction coming.

With the Mega Auction coming and two new teams joining the competition, each existing franchises had to release all of their players, except for a maximum of 4 that they can retain if they want.

And due to which, many teams not only need players, but they also needs captain. And one such team the Royal Challengers Bangalore (RCB) team. They haven’t released their captain Virat Kohli, but the batter himself has stepped down from that position.

While talking about who could be RCB’s next captain, former Indian cricketer Aakash Chopra picked former West Indies captain Jason Holder as a potential option.

He first touched upon the probabilities of Glenn Maxwell being the captain, but at the end moved on from him. He stated that Maxwell is a option, but also a volatile option and thus, termed it as a tough choice.

Then he mentioned the name of former West Indies captain Jason Holder. Aakash Chopra stated that Jason Holder does his work without getting the limelight, and where there is Virat Kohli, the limelight will be always on him.

"He doesn't impose himself, he stays in the background, quietly does his job. I think for a franchise like RCB, he can be the right pick." Aakash Chopra picks Jason Holder as potential RCB captain

He said that Holder is an all-rounder who does his job in the background, doesn’t impose himself and quietly does his job and thus should be the right pick for RCB, stated Chopra.

It is also to be noted that Royal Challengers Bangalore have retained the services of Virat Kohli, Glenn Maxwell and Mohammed Siraj for the upcoming season of the IPL.

According to various reports, the IPL 2022 will kick-off from the last week of March, while the Auction will take place on the 12th and the 13th of February.

ECB to Restrict England Players’ Participation in IPL following Dismal Performance in Ashes: Report
“He will surely be purchased” – Ravichandran Ashwin predicts India U19 starlet to be picked during IPL 2022 Mega Auction
To Top