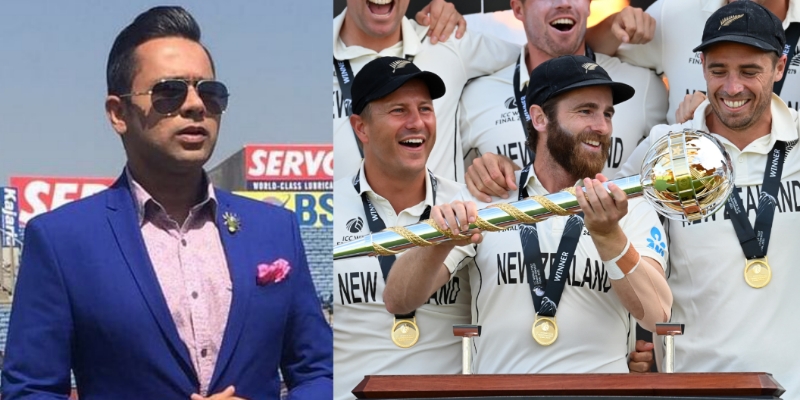 The World Test Championship was played for the first time during the 2019-2021 season, where the Team India and New Zealand played in the final of the tournament in England. It was eventually the latter who walked out victorious over the Virat Kohli led side.

As per the latest updated World Test Championship 2021-2023 Points Table, Australia currently sits at the top while Pakistan is 2nd, who are both currently involved in a three match Test series. India finds themselves at 5th position, behind Sri Lanka and South Africa, as India is playing a 2 match Test series against the neighbours.

In a recently uploaded video on his YouTube channel, former Indian cricketer Aakash Chopra stated that he believes it will all go down to Australia, Pakistan and India for the two places in the final of the tournament.

Chopra stated that India needs to get 100 percent points from their home series against Australia. He also added that India is likely to win the Sri Lanka Test series 2-0, which Team India is already leading 1-0. He is also confident that India will get the work done in Bangladesh as well as the 1 off match against England, but the series defeat against South Africa has made it difficult for the Men in Blue.

Chopra also completely ruled out that New Zealand will be able to make it to the finals this time, which will be a big blow for the defending champions. He said that they have only two home Tests remaining and other than that, they will be playing away to Pakistan and England, which won’t be easy for them.

He concluded saying that he is not counting England, West Indies, Bangladesh and New Zealand as well as Sri Lanka, and believes that it will all go down to Australia, Pakistan and India.