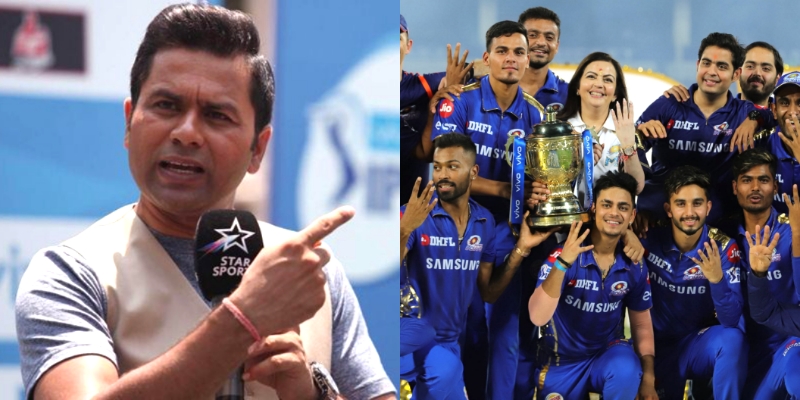 The Mumbai Indians is the most successful team in the IPL having won the competition the most, 5 times. They have also bulit a strong team over the years, before they were forced to dismantle it before the IPL 2022 Mega Auction and Aakash Chopra reckons that there is one certain player whom Mumbai would look anyhow to bring him back.

Ever since Rohit Sharma has taken over the duties as the captain of the Mumbai Indians, they have went on to win 5 Trophies till date. The team comprised of players like Jasprit Bumrah, Hardik Pandya, Ishan Kishan, Quinton de Kock to name a few along with Rohit Sharma.

But, with the Indian Premier League (IPL) to enter into a new era, the BCCI announced that two new teams will enter the competition from IPL 2022, thus opening it up for an IPL Mega Auction, which means, all the franchises were allowed to retain a maximum of 4 players from a squad of minimum 20 players.

And as a result of which, Mumbai Indians have lost a number of important players of their’s, including the likes of Trent Boult, Quinton de Kock, Hardik Pandya and Ishan Kishan.

But, former cricketer turned commentator Aakash Chopra reckons that Mumbai Indians will do whatever it takes to bring back young Ishan Kishan in the IPL 2022 Mega Auction.

Speaking on the Star Sports’ IPL Special Show, Aakash Chopra stated that Mumbai have had built a strong squad over the years and it is not possible to bring everyone back together.

But added that he can’t recall Mumbai spending more than 10 crore on a player in the auction, but opined that they may have to splash the cash for young Ishan Kishan.

Aakash Chopra stated, “They will do their level best to get back Ishan Kishan, and that will come at a cost.”

The IPL 2022 Mega Auction will take place on the 12th and the 13th of February in Bangalore, while the IPL 2022 is likely to commmence from the last week of March.