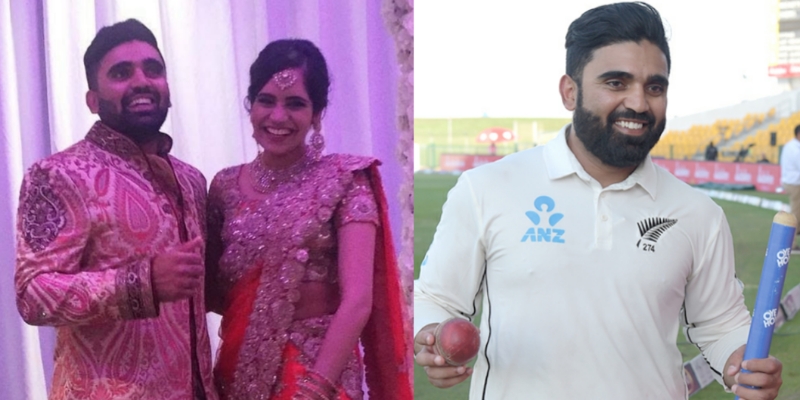 Dipak Patel is one of the first players of Indian origin to play international cricket for New Zealand. He was part of many games for the country, including playing in three World Cups.

Ronnie Hira is an Indian-origin player who operated for New Zealand. He became popular in shorter formats. After doing well in the domestic T20 cup, he got a chance to make his debut against Zimbabwe in 2012. However, the left-arm spinner could not stake a claim in the playing XI with consistent performances.

Jeetan Patel is a popular player and actually had a long outing with the Kiwi Team. In fact, he represented New Zealand in all three formats of the game. In 2017, he announced retirement from cricket.

Ish Sodhi is one of the popular cricketers hailing from India who has played for New Zealand. Not many of Indian origin have found success playing for another country. However, in Ish Sodhi’s case, it is different. In fact, he has also been No.1 in the list of ICC’s T20I bowling charts for a while. Even now, the leggie is the leader of the spin attack for New Zealand in limited-overs cricket.

Jeet Raval was born in Gujarat and played junior cricket in India. He later moved to New Zealand and did well in the domestic circuit. Jeet also had a fine start to his Test career. However, the batsman could not maintain consistency and had to drop out of the team.

Tarun Nethula is from Andhra Pradesh and moved to New Zealand as a kid. In his debut domestic season, the spinner ended as the leading wicket-taker. Hence, he got the chance to make his debut for the country. But, he was not able to cement his place in the side.

Ajaz Patel was born in Mumbai but during his childhood, he made the move to New Zealand. He then worked hard in the domestic circuit and later got a chance to play for the Kiwis. In his homecoming recently, Ajaz surprised many by collecting all ten wickets in an innings against India. It was a stunning feat that has been achieved by only three so far in the history of the game.

Rachin Ravindra is the latest player of Indian origin to play for the Kiwis. He is a batting all-rounder and against India recently in Kanpur, he did well on the Day 5 of the Test to save the Kiwis from losing the game. He has a bright future ahead of him.