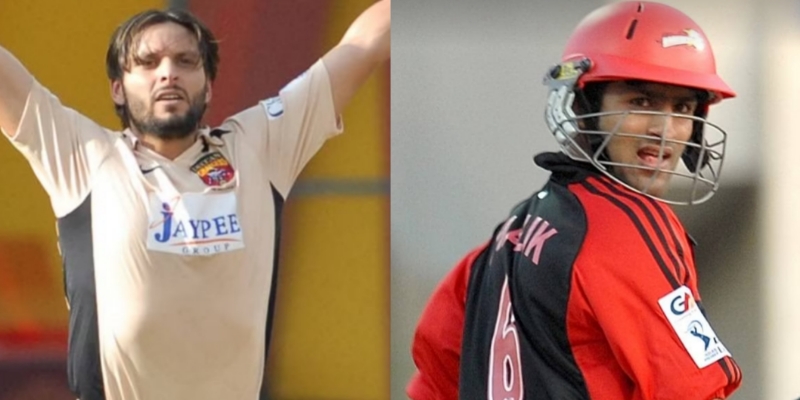 Indian Premier League is the best T20 league on the planet. However, one missing factor is the absence of Pakistani players in the league due to political reasons. That said, back in season one, the Pak players were part of the league. Later, in 2010, they were also in the auctions, but no player got sold. In this article, we take a look at seven popular Pakistan players who were part of the IPL 2010 Auctions.

2010 Auctions were controversial because the Pakistan players got shortlisted but no team picked any of them. This is despite some top T20 cricketers being part of the list. Since then, India’s arch-rivals have not got a representation in the event.

Shahid Afridi is one of the popular Pakistan players who were part of the IPL 2010 Auctions. One of the greatest T20 cricketers, Afridi was part of the Deccan Chargers unit in 2008. Afridi is still active in the game and will play the 2022 edition of the Pakistan Super League.

Mohammad Hafeez is another player who went under the hammer in the 2010 bidding event. Initially, Hafeez was not very popular in the T20 format. However, after he started doing well in the middle-order, he became of great use to the Pakistan T20 team. He also offered right-arm off-spin, which added to the balance of the XI.

Shoiab Malik is yet to retire from international cricket. Despite being almost 40, Malik turned up with a few important cameos in the 2021 T20 World Cup. That said, there are reports that he could quit the game soon.

Danish Kaneria is getting popular for his views on YouTube. The former Pakistan cricketer did not enjoy a great T20 career but was a consistent part of the Test setup for Pakistan. Danish was also part of the 2010 IPL Auctions.

Misbah-ul-Haq is yet another one of the popular Pakistan players who were part of the IPL 2010 Auctions. The former captain and coach of the team played for Royal Challengers Bangalore in IPL 2008. He could not do exceedingly well but in the international arena, Misbah always displayed good consistency.

Kamran Akmal is one of the very few Pakistan players who has won the Indian Premier League. In the first edition of the competition, the wicket-keeper was part of the Rajasthan Royals. He also played a few games but could not impress. Nevertheless, he returned with the intention to take part in the league two years later. However, no franchise showed interest. One of the highest scorers in PSL, Kamran is still part of the game.

Considered as one of the most skilful bowlers in the history of T20 cricket, Umar Gul was a tough bowler to get away from at his peak. Although he played a lot of T20 games for his country, Gul did not find that much success in franchise-based cricket. The pacer is now inactive from the sport.