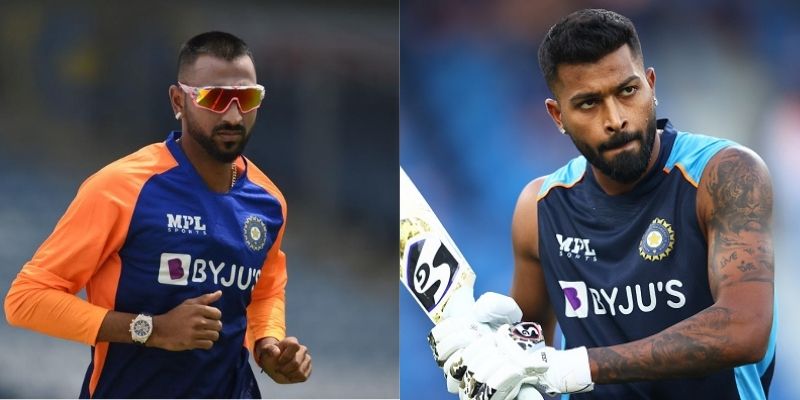 As per reports, the Ahmedabad franchise is set to hire Hardik Pandya, Ishan Kishan and Rashid Khan before IPL 2022 Mega Auctions. These picks could define Ahmedabad’s strategy at the auctions. On that note, in this article, we take a look at five players Ahmedabad might target if they sign Hardik, Ishan and Rashid before the auctions.

After a long delay, the Ahmedabad franchise has received LOI from BCCI. The franchise has reportedly zeroed in the likes of Vikram Solanki, Ashish Nehra and Gary Kirsten to be a part of the backroom staff. Over the next few days, it is expected that a few official announcements would be on their way.

Faf du Plessis is one of the players Ahmedabad might target if they sign Hardik, Ishan and Rashid before the auctions. Ishan Kishan is likely to open the innings and the team will need an anchor at the top of the order. This will help Ishan to be fearless. Considering all three players are relatively young, an experienced hand will be useful. Moreover, with Gary Kirsten in the backroom, there is a possibility that he might opt for a fellow South African. Having been a top performer in the last few editions, Faf shall be a suitable pick.

Ahmedabad will also have to focus on the pace department. They will look to hire at least two experienced bowlers for this department. Bhuvneshwar Kumar is someone who could be realistically signed by the franchise. He has the experience of leading a team in the past and hence, will be of use to Hardik Pandya.

The reports also state that Hardik Pandya could be picked as the captain. Hence, he will have the power to pick a few players. Of course, his brother is certain to be on that list. From a cricketing point of view, as well, Krunal’s addition will add balance to the XI. He is also from Gujarat and will improve the local fanbase of the franchise. Therefore, Krunal could also be on the wishlist of the Ahmedabad franchise.

Washington Sundar is also one of the players Ahmedabad might target. At SRH, Rashid Khan did not get a lot of support from the spin department. He alone did a fantastic job. However, he shall be more lethal if he gets the right kind of support. Sundar has done the same job with success at RCB. The Tamil Nadu all-rounder is an offie and will add variety to the team comprising a top leg spinner. He is also a youngster and will help the team in the long run.

Mitchell Marsh is one of the best T20 batters at the moment. He helped Australia win the T20 World Cup and he is also doing a fine job in BBL. On current form alone, Marsh will be a target for many teams. Ahmedabad will be more inclined to hire Marsh because he will be suitable at No.3 in an XI that will include Ishan and Hardik.