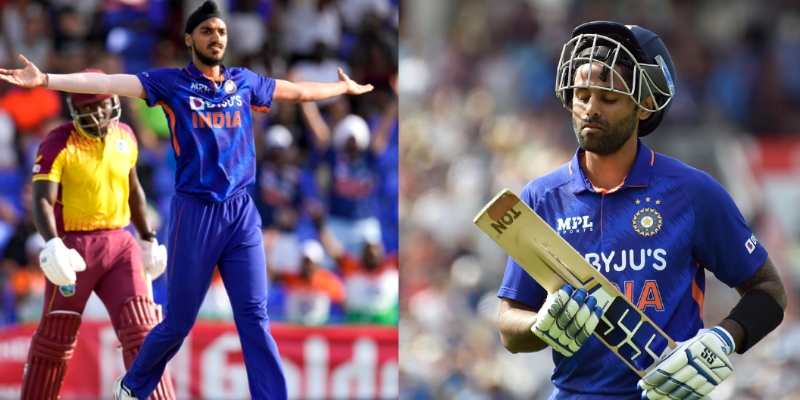 On Monday, 12th September, the Board of Control for Cricket in India (BCCI) announced India’s 15-member squad for the next ICC T20 World Cup to be held in Australia. The Indian team under the leadership of captain Rohit Sharma will take to the field this time with the intention of winning their second T20 title.

Some players who were part of Team India during the Asia Cup have not been able to make it to the team announced by the BCCI. At the same time, some players have also returned to the team.

Ravindra Jadeja, one of the team’s main all-rounders, has not been selected due to a knee injury. At the same time there were speculations that Sanju Samson might get a chance in the team but he also missed out on being a part of the team.

Left-handed all-rounder Axar Patel was included in the squad after the first two matches of the Asia Cup as a replacement for Ravindra Jadeja. Even in the T20 World Cup squad, perhaps Axar has managed to find a place in Jadeja’s absence. Apart from being a great bowler, Axar is also a good batsman who has the power to play big shots in the last overs.

Right-handed explosive batsman Suryakumar Yadav played the first T20 International against England on March 14, 2021. In his T20 International career spanning two years, Suryakumar has played 28 matches and wherever he has got the opportunity to play, his performance has been phenomenal. But the right-handed batsman is still waiting to play his first T20I match in Australia.

Deepak Hooda’s performance in the recently concluded Asia Cup was very disappointing. He scored a total of 19 runs in two innings of three matches played in the tournament. However, despite this, Hooda has been selected by the team management in the team for the T20 World Cup, giving him a chance. The right-handed player will have a great chance to prove himself by performing brilliantly in the T20 mega event to be held in Australia.

Left-arm fast bowler Arshdeep Singh was included in the Indian team for his impressive performance in the IPL. Arshdeep started his T20 International career playing against England in July 2022 and will soon get an opportunity to play on Australian soil. Fast bowlers get a lot of help on Australian pitches and in those conditions Arshdeep can prove to be very dangerous for the batters while bowling.

Right-arm bowler Harshal Patel did not play in the Asia Cup due to injury. However, he is now fully fit and the BCCI has also given him a place in the team for the T20 World Cup. Harshal too has not played a single T20I match in Australia so far and will be visiting Australia for the first time with the senior team. The 31-year-old bowler has picked up 23 wickets in 17 matches at an average of 20.95 in his T20I career.