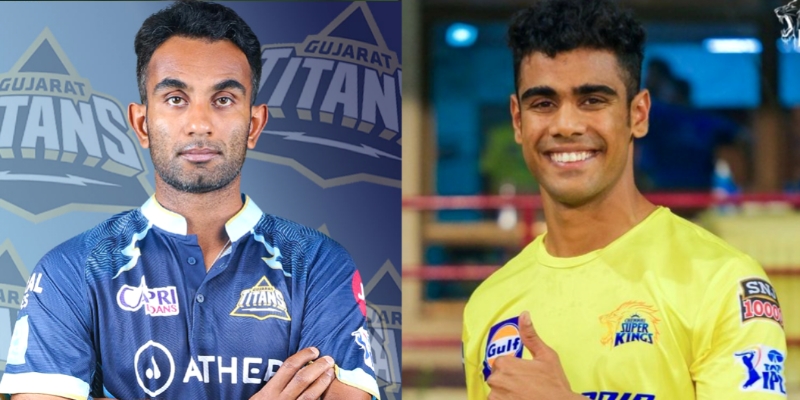 With the IPL running profitable and successfully ever since its inception, the Board of Control for Cricket in India (BCCI) and the IPL Governing Council decided to add more spice to it and included 2 new teams in the competition prior to the IPL 2022.

The two new teams were Lucknow Super Giants and the Gujarat Titans. The latter of them looked the most dangerous throughout the season and were almost unbeatable and rightfully became the champion.

IPL today is the most successful and cash rich T20 league in the world. Players earn crores of money by playing in the competition. As such, today we take a look at 4 players who earned the most money in IPL 2022 without playing a single match.

Chennai Super Kings (CSK) while mostly been known to be full of the experienced faces, the franchise bid big for the India U19 star Rajvardhan Hangargekar. CSK spent a huge 1.5 crore on him in the IPL 2022 Mega Auction but he didn’t play a single match in the competition.

Afghanistan cricket team’s captain Mohammad Nabi has so far been a part of the Sunrisers Hyderabad (SRH) mostly in the IPL. But he was snapped-up for a price of a crore in the IPL 2022 Mega Auction by the Kolkata Knight Riders (KKR). However, he didn’t feature in a single match for them.

Kiwi wicketkeeper batsman Glenn Phillips is the 3rd player in our list. The Kiwi wicketkeeper’s services were earned by the Sunrisers Hyderabad (SRH) in the IPL 2022 Mega Auction for a bid amount of 1.5 crore. However, he did nothing but warmed the bench throughout the competition.

The next player in our list belongs from the champion Gujarat Titans team. Jayant Yadav, who was bought for a sum of 1.7 crore in the IPL 2022 Mega Auction, didn’t feature in a single match for the champion team but still got to lift the Trophy.

“Expect some incredible bids on my name” – Mr. IPL Suresh Raina optimistic about return in IPL 2023
3 players who have scored the fastest century in IPL history
To Top