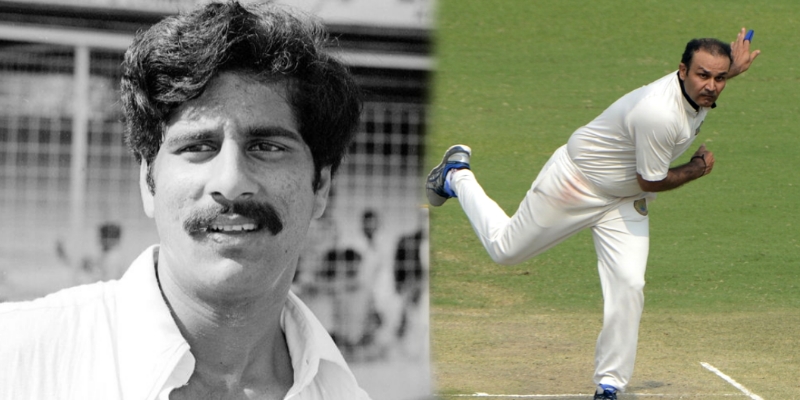 The Indian cricket team has made a name for itself in the world cricket on the strength of its both batting and bowling. Many a times the batsmen of the Indian team have done the job of the bowlers easy by scoring big scores. In bowling too, many times the Indian team, became stingy and not allowing opposition to secure runs.

Simply put, the batsmen and bowlers of the Indian team complement each other. In addition to the bat, the batsmen have performed with the ball on many occasions too. Similarly, the bowlers have also played well with the bat.

There were some players in the batting department of the Indian team who could bowl when needed. Names like Kedar Jadhav, Suresh Raina etc are in the new age, while Sachin Tendulkar, Yuvraj Singh did so in the earlier years. There are many such part-time bowlers or in other words, batsmen who have given the team victory in the match while bowling.

Today in this article, we discuss all the 4 Indian batters to have taken a 5 wicket haul while bowling. Note that the list is in random sequence.

Former India Sourav Ganguly is in first place in our list. He achieved the feat against Pakistan in Canada in 1997. He took 5 wickets for 16 runs in the ODI match. India scored 182 for six wickets in fifty overs and in reply, Pakistan were bowled out for 148. Sourav Ganguly was adjudged man of the match.

Krishnamachari Srikkanth, though is a batsman, but have also contributed with the ball for the Indian team. Srikkanth has done the work twice for Team India, all in the same series. Srikkanth was in great form in the 1998 series against New Zealand, taking 5 wickets for 26 runs at Vizag and followed that up with 5 wickets for 32 runs in the 3rd ODI in Indore. He is in 2nd position in our list.

Very few people would know that Virender Sehwag has taken five wickets while bowling in Test cricket. Sehwag had achieved this feat in the Test match against Australia in Delhi in 2008. During the first innings of the Australian team, Sehwag took 5 wickets for 104 runs. However, it was a forgetful match with the bat for him though, he made his presence felt with his bowling.

Apart from batting, the great player Sachin Tendulkar has also made a name for himself with the ball. He has taken five wickets twice in ODI cricket, coincidentally, both the times this happened in Kochi. In 1998, against Australia, Tendulkar took five wickets for 32 runs in 10 overs and led India to victory. It happened again in 2005 when Sachin 5 wickets haul against Pakistan in that match.